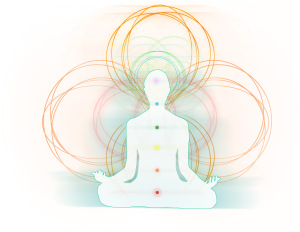 I don’t have to search for anything else.

It’s all embedded right into this old practice of a style of Raja yoga that traveled to the West in the 1960’s with Yogi Bhajan.

My first class was around seven years ago. I’ll never forget it. I enrolled with my boyfriend at the time and one of my best friends for an 8 week chakra course. Each class, starting at the root chakra, focused on excerises to balance and align that energy center.

Each class we would leave in an altered state of consciousness unlike we had ever experienced.

I filed it in my mind: this is important. Then I promptly forgot about it.

It wouldn’t be until last year that I would begin to practice it again.

After trying many different yogas, mostly due to my inability to find a suiting kundalini yoga class in Victoria -I found a seniors yoga, an expensive one, and one somewhere challenging to get to and confusing as to when the classes were occuring.

I said screw it.

Kundalini Yoga is the only yoga I want to practice.

None of the other yoga’s had that same depth, that same ability to alter my consciousness that effectively in a single class.

And I began to teach myself Kundalini Yoga with the help of a friend studying it in Winnipeg, Manitoba. The wonders of the internet!

In March 2013 while walking through a forest on a backpacking trip in the Gulf Islands I received the intuition that I was to take my Kundalni Yoga Teacher Training.

Yeah, right, I thought as I researched prices and locations. I was on welfare at the time, and that is a “paycheque” of $610 a month. Hardly liveable, never mind an income I can save with.

I decided if I wasn’t able to attend Teacher Training, I would practice.

Practice is one of the most important things in yoga: I need to be flexible on all levels  if I’m going to teach, and I need to have an in-depth understanding of the body and the way it works. I need to understand the core of the practice, and that begins with doing it.

Each day I would walk to the beach, put out my mat, and set the intention: I will take my yoga teacher training. I would practice my set, and the various meditations that attracted me.

Without warning, my dreams uprooted me and it was time to go backpacking again, this time in California.

I continued to practice as much as I could while travelling, checking out various Kundalini Yoga Teacher Trainings. I met teachers, I chatted with other people interested in doing the training and who had experiences with the yoga, I explored it further. And halfway through the summer I began my first forty day challenge.

I came to really understand why people do the same practice everyday for a long time. Changes happen beyond the physical, permeating the mind, emotions and soul.

I felt my soul come alive in a way that it wasn’t before, and my body grow in strength and flexibility.

I felt my self-esteem rise with my self-worth, and a deeper understanding of who I am came to surface.

Suddenly I was finding support from all areas of my life and all the people I encountered, including my family whom offered to pay for part of my Kundalini Yoga Teacher training, even when I didn’t think I would be able to make it.

I found myself teaching people.

I planned to leave Vancouver area and travel South. But no matter how hard I tried, I couldn’t leave. Some obstruction would come up, no rides were to be found, something strange would happen.

On the last day that the course was open to enrolment I walked into YogaWest and registered. My mom called and made a payment for the first instalment of my payment plan. (Thanks mom!)

That weekend I attended my first class as a Kundalini Yoga Teacher-in-Training. That was only about two weeks ago from the time of this writing.

As one of my friends said, “Everyone who attends the training is called and  has some mysterious way of showing up and being there despite all the odds. If you’re ready, you will be there.”

For me, this practice is a game-changer on all levels of my being. I’ve never experienced a practice as powerful as this in moving through the blockages and karmas that surround and are in my field. After just a few days of doing any of the meditations and kriyas I feel the shifts occurring.

I’m on my second 40 day challenge. Part of it is class homework, and I’ve added two meditations to do daily to focus on different aspects of my life that I feel need some extra support.

Already deep shifts and where I focus my time and energy are changing.

I’m a writer. And I want to blog about what I learn.

So I’ll keep you posted.

Have you tried Kundalini Yoga? What have your experiences been like?

Kundalini Yoga is a Game Changer