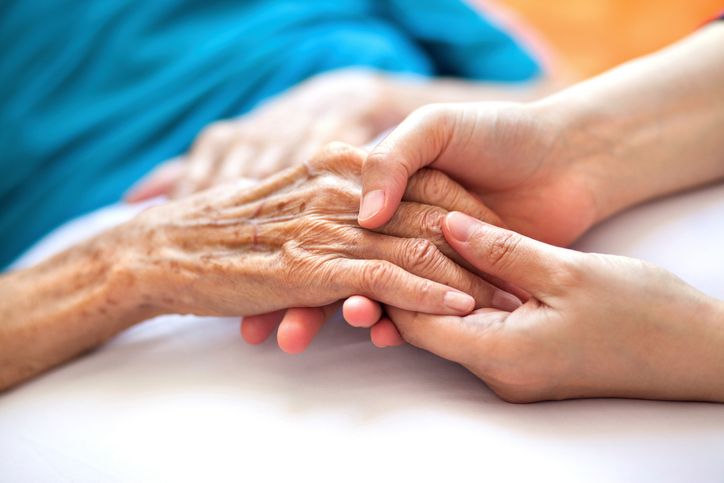 In hindsight, this was almost 20 years ago, so for a neurologist in Dallas, Texas to give a 15-year-old a meditation tape is pretty progressive if you think about it. I would use it often — I would go into our TV room, close the door, and meditate. That time period opened my eyes to the benefits of meditation, because it really helped with some of the negative health side effects I was experiencing from the concussion. That’s how I initially started meditating.

Meditation has been a tool in my back pocket, off and on, for years.

It’s been a tool in my back pocket, off and on, for years. It was one of those situations where I probably didn’t do it as much as I should have for awhile. But by the time I was coming out of college, with the rise of cellphones, and apps, and everything, I came across buddhify. With the short sessions and the on-the-go component, it helped modernize mindfulness in a way that worked for me in my current life. It really put meditation back on the map for me and made it much more accessible to do routinely.

Meditating with my mom during her battle with cancer

My mom got diagnosed with pancreatic cancer in the summer of 2014. She was 60. None of us saw it coming at all. I was living in San Francisco at the time, but I came back home to Dallas to work remotely and help out as much as I could. It was a very aggressive diagnosis and she only had four months. I was extremely close with her and was one of her main caregivers when she got sick. Throughout that time, I was there almost 24/7 with her.

During her battle with cancer, meditation was huge for her. As soon as she got diagnosed, we spent some time talking about meditation and I would do the meditations with her. We would meditate every night together before going to bed. My mom would be in her bed and I would lie on the floor in my parent’s bedroom and play a couple of different meditations. When you’re facing illness, your days are typically so stressful and exhausting — meditation was a way to wind down the day and relax.

What was helpful was starting early with my mom. She was still feeling pretty good so there was some ownership. Even though she’d seen how beneficial mindful meditation had been for me for 10-plus years, I think it truly landed when she felt like it was becoming a tool of her own. I remember overhearing my mom tell my brother, “Zach has been meditating with me. At first, I didn’t personally know the benefits. I just thought it was a little weird, but actually it’s really calming.” When I heard her say that, I was like “we’re in!” Because of me knowing the value of mindfulness already and working with her early, it was then able to become a tool for her throughout her whole illness.

When you’re facing illness, your days are typically so stressful and exhausting — meditation was a way to wind down the day and relax.

Later on, as she got more tired from the treatment, she would fall asleep during the meditation. When facing a disease like cancer, rest is always good. It was that calming and relaxing for her that it would help her fall asleep. She had no trouble sleeping throughout most of her fight, which I definitely would attribute to meditation.

Aside from her bedtime routine, there were other situations where meditation served an important role in my mom’s care. Multiple times when we were out and about she’d ask me to play meditations on my phone. We did it at one of her first chemotherapy appointments, when she was feeling a little anxious. It’s obviously calming, but it’s also a nice distraction too. It’s a place you can go to inside yourself, to close off what else is going on around you.

A lot of people will tell you that when you’re caring for somebody, you need to take care of yourself too. That was a consistent message I heard, but I kind of ignored it. Like, no, I can’t. I don’t have time. That four to six month window was stressful and taxing on everyone. Sometimes these situations are so exhausting that it’s hard to remember to make self-care a priority. As I stood by her during her fight with cancer, I also needed an outlet to relax and de-stress. The truth is that when we were meditating at night, it was for her, but it was also just as much for me at that time.

After losing my mom, mindfulness continued to be essential on the grief side of things. It helped me with my grief and the anxiety and everything that followed, which included having recurring panic attacks over the course of that year after she passed away.

When everything finally settled in, it was like my body started to say “we’re tired,” and I almost felt it shutting down in certain ways. That’s when I had an anxiety attack for the first time ever. I honestly thought I was having a heart attack and dying. My legs were shaking, my heart was racing; I was convulsing. I couldn’t control it. Again, I’m a big guy and an athlete. I was always taught you can control your body, so to go through something like that was very scary.

After losing my mom, mindfulness continued to be essential on the grief side of things.

Meditation became a channel to calm that and to try to deal with it. My wife often would say “okay, let’s put on a meditation and try to relax and calm down.” We’d lay in the bed and listen to buddhify together. It became a centering thing and a way to de-stress.

My meditation practice was both reactive and proactive. I would do it when I was feeling really stressed and also to manage the general anxiety that was stemming from the grief overall. I found that metaphor about being the sky and recognizing that feelings were like passing clouds helpful for reframing my mindset. These are feelings, good feelings and bad feelings pass, they come and go — they’re not you. Part of it, too, is you put pressure on yourself to not feel bad. You’re like, I’m having an anxiety attack or I don’t feel good, and then I’m mad at myself for not feeling good, too. That helped remove that piece and say these are just feelings; they’re emotions. This is stress and it’s difficult emotion; it will pass. It helped take a lot of that pressure off.

Today, I still try to meditate a couple times a week. The most important thing is that I always know meditation is a tool in my tool belt. That’s the best way that I can describe it.

Going back to my early experiences with practice after the concussion, meditation showed me that there’s a connection between the mind and body that’s a lot deeper than I realized. It taught me at a young age that I run a little hot, so to speak. I’m the type that the stress and anxiety will backfire if I don’t address it. For me and my journey, the physical side effects on my body always caught up after a stressful time. I’d feel it physically manifested in different ways — whether it was an anxiety attack or a headache.

Now when I feel myself getting a little anxious or stressed, I’m better about acknowledging it in the moment and not waiting until the body catches up. Meditation has been an instrument to keep that at bay and to keep the balance.

The key lesson I’ve learned is you can be proactive with meditation. Don’t wait until it’s a negative situation, because then you don’t necessarily have the same ownership. You can do it when you still feel good. Over the years, I’ve seen that the more I stay proactive with my mindfulness and meditation practice, the better off I am going to be.

Zach W. is based in Dallas, Texas, where he is the founder of CancerQ and of MAG, an Impact Collective. He initially shared his story with our team during the research phase for Kara, buddhify’s sister project for people affected by cancer. The categories he and his mom listened to most frequently were Going to Sleep 1 and Meditation 101. His current favorite track is Fade (Going to Sleep 1), which he and his wife often listen to together before bed.

Working through illness and grief with meditation