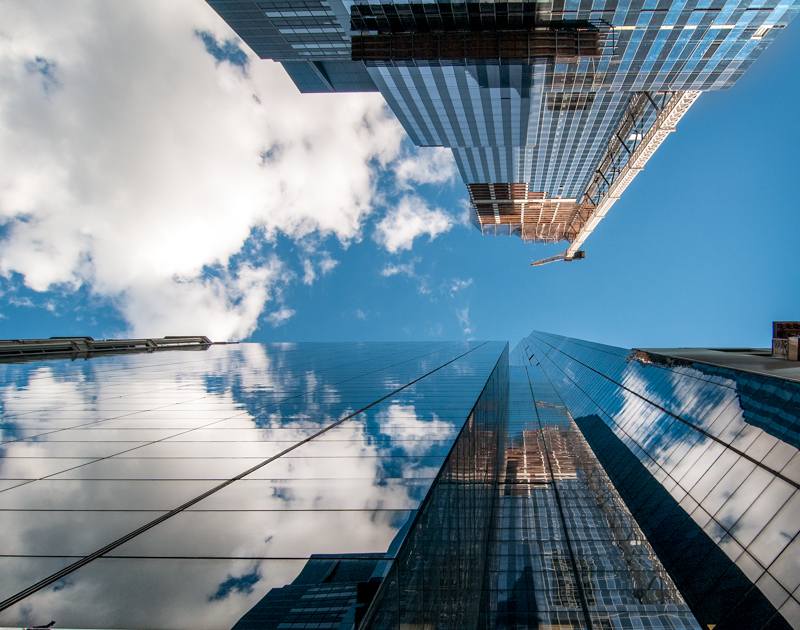 Their foreign accents are audible every so often over the sound of their paddles slapping the water.  The tourists float back and forth in the rentable boats on one of the lakes in Central Park.  The water is shimmering today like a vibrating fractured mirror in the sunlight that has graced New York City.  I am listening to one of my ambient trance songs.  The thing I love the most about ambient electronic music is that it narrates life.  It seems to slow the movement of the life around you so it feels like everything you are seeing in the world is part of a poetic movie.  The flags seem to wave and people seem to walk and wind seems to blow through the blossoms in the trees in perfect harmony with the beat.  You can feel the divine orchestration.  It is as if you are looking at a moment in time but as if sentimentally in the universe’s own scrap book.

The city has been inundated with conflict on this trip.  Everywhere I turned there was an argument going on between people…  Even a great many arguments being waged between various homeless people and the thin air.  The pressure in people is building.  The capacity to cover over pain with addictions is waning.  Suppression is no longer serving as a band-aid for the human race.  On one side this makes the world much more ripe for change.  On the other, it makes the world more volatile and unpredictable.

I have this poetic picture in my head from this trip that will forever represent New York for me.  I am on the sidewalk, which is blackened from foot traffic.  The street that it parallels is straight and it continues further than the eye can see.  It is held in place by buildings so tall on both sides that the sky is a thin strip overhead.  The street is littered with yellow taxi cabs aggressively trying to weave past every other car on the street.  High up on a high rise building, an American flag folds itself and opens itself as if in slow motion, a reminder of the ideals this country sprang from.  A perfect symbol of the proud capitalism so inherent to the American energy.  It now waves against a billboard featuring an extra terrestrial looking high fashion model…  An advertisement for a designer brand which hangs high above an endless array of high fashion designer shops.  People walk fast like ants in an ant farm on the sidewalk, crossing the streets even when the crossing signs are on red.  For the most part they seem dressed to give an impression of status.  Most of them are talking on cell phones as they walk.  Instead of looking ahead, they keep their eyes on the ground just in front of them.  New Yorkers always seem like they have something more important to do and somewhere more important to be.  On the left had side of the street, a single tree that is covered in white blossoms is enjoying the sunlight.  It is a pearl in a concrete metropolis.  No one seems to notice it.  It is out of place.  It is like its own little reality.  But it brings innocence to this place that has all but lost it.  On the right hand side of the street, an overweight man who is succumb to mental illness is walking in erratic patterns aggressively.  He goes one direction and then turns to go the opposite direction.  If anyone passes him, he stops to yell at them as if they had offended him in some way.  When they ignore him, he stops to bring his hands up to the sky and then down to the ground three times.  He repeats this routine like a fixed action pattern and does not tire of it.  He too, is in his own reality.  The smell of pizza and designer perfumes mixes to pleasantly assault the senses and all I can think is, this is so New York.

Today is the last day of my East Coast Tour.  Two days ago was the last day of the mirror event that I held here.  The venue that we had for the event was my favorite venue I’ve spoken in yet.  It was a Universalist church; an absolutely gorgeous old church that looked like something airlifted here straight out of Europe.  A giant window was placed just above the stage lights making it so that sitting on the stage was like being bathed in celestial light. 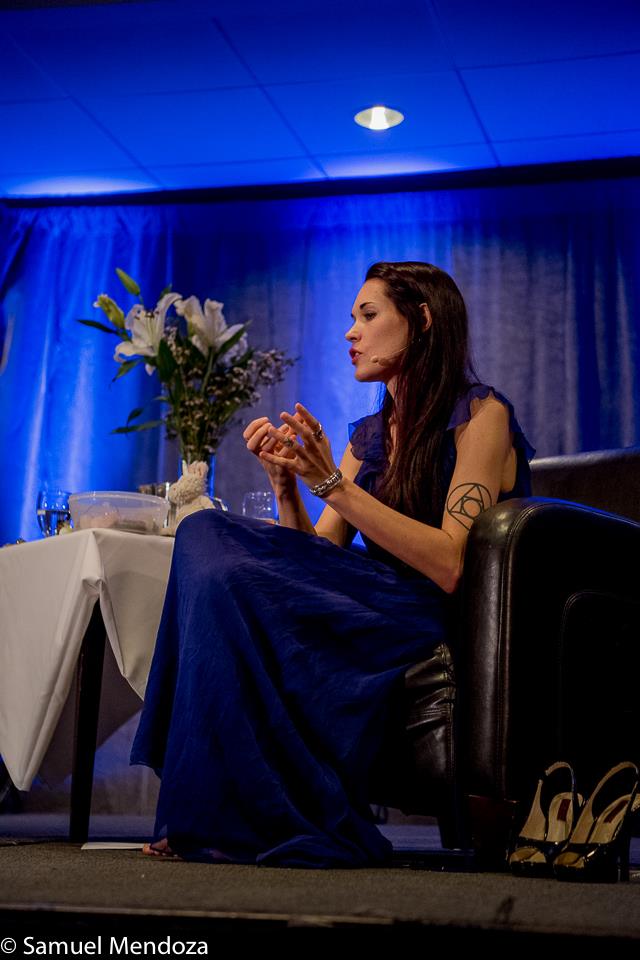 My Team and I had designed an event called the 5th Element Workshop.  We debuted the event in Munich last year.  But to be honest, the entire event felt off to me.  After toying with the event in every way I could and after trying to work through the blocks I had towards it, I ended up just calling the team together and doing an entire display process about it.  What came out of that group process is that the event was not MY event.  It did not reflect who I am as a teacher and what I am designed to do here on the planet.  The team fear that was behind the creation of the 5th element was that no one is going to want to attend a workshop based on shadow work because what people want to do is pay for something in order to feel good.  Awareness often feels the opposite of good.  But we decided to be brave and simply design a workshop that is a true reflection of who I am as a being.  I told the team that we have to stop trying to sell me as something that I’m not and never will be.  This is why events like “The Curveball” instead of something like “Manifest The Life of Your Dreams” are where my energy flourishes.  So we sat back down at the drawing table and we designed an event to be in perfect alignment with who I am as a being in terms of my universal purpose in this world.

The world you live in is designed like a mirror hologram.  So, we designed a workshop where I will be teaching people how to use this mirror hologram to their highest advantage.  I will be teaching them how to use it to see the aspects of themselves and this universe that are hidden from their conscious mind; patterns that are keeping them stuck in discomfort and not allowing them to reach their potential.  I want people to learn how to use it to completely see themselves and to completely see the world they live in.  With this awareness and this level of awakening, people can learn to make life exactly what they want it to be.

I wanted to have a workshop that is not ‘Spiritual Novocain’…  The opposite of spiritual bypassing.  So many of the self-help and spiritual workshops held around the world do not provide true healing.  Instead they provide a temporary high and temporary relief from the pain that people are in.  But then one day later or one week later, people are back to doing the exact same thing and living the exact same life.  I wanted a workshop where people could get the support that they need to go to the places within them that scare them, which is how lasting change can occur.

After toying with the name for such a workshop, we decided to name it directly.  We named it as a tribute to both myself as a being and to directly convey what I wanted this workshop to be about.  We named it “The Mirror”.  This weekend’s event was our first Mirror Event.  And even though I am going to play with the structure of the event and all kinds of details to make it feel even more like an artistic expression of mine, it felt right.  It felt like a perfect fit.  I will be touring with this event around the world.

The overwhelming theme of this tour was futility in relationships.  Instead of the usual problem people have of not having the right tool to make a relationship work, the problem so many people seem to be facing is how to live with the fact that some relationships are not meant to work in the way that they are trying to make it work.  It is the moment that you realize that the incompatibility with a partner will make it impossible to create togetherness that doesn’t kill happiness in one of you or even both.  It is the moment that you realize your dad who left when you were small will never show up and be a father.  At these moments, we are frozen.  We are frozen because we cannot force two magnets that are faced the wrong way together.  We also cannot usurp their free will and flip them.  Because we can’t, it has massive implication.  It means we are facing loss.  It means we are facing the vacuum left behind by not being able to make something we want to happen, actually happen.  It means we are facing heartbreak and the multi layered process that heartbreak entails.

Heartbreak calls for a different life.  When you face futility, when something truly breaks, you cannot put it back together.  All you can do is begin completely new and from scratch.  You could say that heartbreak is that horrible dove’s cry sent as a message from the universe saying leave it there.  Stop trying.  “Intentionally change your life so it feels new.”  Change the road you take to work.  Eat different food.  Do something you’ve never done.  Move to that city.  Visit that county.  See those people.  You have to figure out all over again exactly what you want.  Nothing is worse than heartbreak.  When you are in it, what you cannot realize is that heartbreak is really the flip side of love.  Like all contrast, it is what calls you ever closer to love… Closer to the places where you can really find it.

Futility of relationships is not a stranger to my life.  I know it all too well.  I know the way the emotion of it breaks your bones.  I know the way it makes the minutes that pass feel like acid eating at the heart.  I know the way it makes eating and drinking and sleeping impossible.  I know the pain with no light at the end of the tunnel.  I know the desperation to find a way to put together what has broken or what never manifested in the first place; but to not ever find ‘the way’.  When I was feeling like that once, I wrote a blog.  And in that blog I said “I just want someone to love me so much that they would rather move the statue of liberty to my front yard than to lose me”.  Ironically, I can see the statue of liberty today.  And I can’t help but feel the poetry of it…  Her torch held high as a reminder to believe in the light at the end of the tunnel…  A reminder that the flip side of heartbreak, is love and that heartbreak is bringing you ever closer to it.