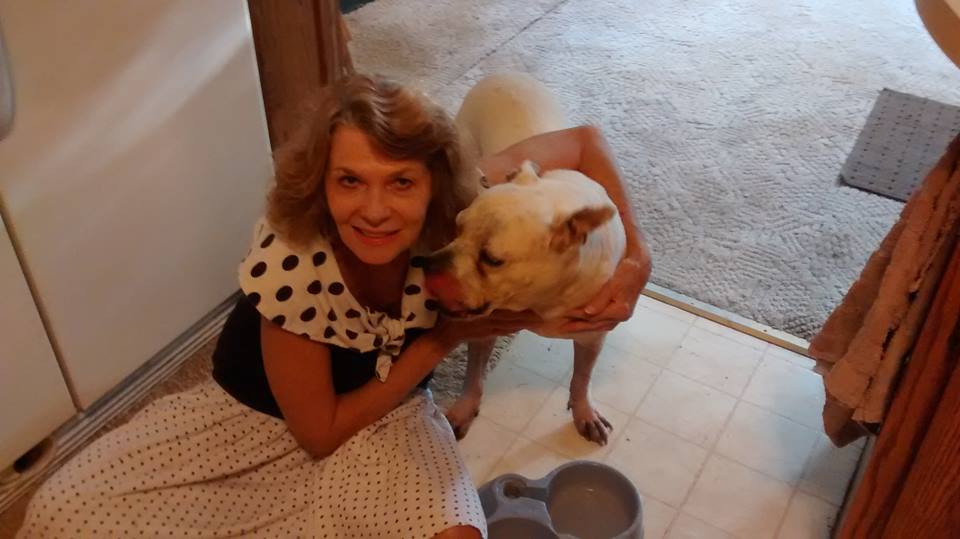 Reiki teaches us that as long as our life force energy is flowing unimpeded throughout our bodies, we will be in good health. The health of humans and animals alike is dependent upon the free flow of life force energy. I have heard it said that pets sometimes respond to the emotional state of their human companion and take on the characteristics of that person, including any symptoms of ill health. Luckily with Reiki we can respond to human and animal needs to a supportive and benevolent end.

A very good friend of mine who practices Reiki was dismayed to learn about a year ago that her yellow Labrador-Retriever had a 2-inch tumor on his side. Her veterinarian suggested that she bring the dog back in about two months so that it could be determined whether the tumor was growing. He prescribed no other treatment. Since she incorporates Reiki into her daily life, it seemed only natural to treat her pet for his tumor. She gave him Reiki for about thirty minutes and thought nothing further of this until about a week later, when her husband was shocked to find that the tumor was completely gone!

Another very dramatic case occurred with a pet guinea pig of mine named Miranda. This little creature developed a milky film over one of her eyes. Naturally, I took her to the veterinarian. He explained that this was a cataract and while the situation could be handled in humans by simple surgery, it was impossible to operate on guinea pigs. He told me that there was about a 20% chance that the cataract would shrink a tiny bit around the edges, thus restoring a little bit of her eyesight. I was determined that all or most of her eyesight would come back.

I set up a treatment protocol to send Reiki distantly to Miranda. In addition, I gave her regular twice-weekly Reiki treatments for ten minutes at a time. For a small animal like a guinea pig, ten minutes is enough for a full treatment. I am happy to say that, 8 months later, the cataract has shrunk to only 1/8 of its original size. Even the small portion remaining is not nearly as opaque as it was in the beginning.

I also had a beautiful gray cat named Henley who I rescued from a very neglectful home. One day, he just walked away and disappeared. I did not see him again for two more days. When he came back, he was in a very bad state, looking extremely tired and thin. He would not eat the food that I set out for him. This continued for several more hours. Ordinarily he ate ravenously. It was obvious that he had picked up some sort of stomach ailment, possibly from some rotted food he had eaten.

I set him on the ground in the front yard in the warm sun (it was spring) and started to administer Reiki. I was pleasantly surprised to hear him begin purring. He lay perfectly still and continued to purr, obviously enjoying the Reiki treatment. I could feel a constant gurgling in his stomach. After about twenty minutes, the gurgling stopped but I continued to treat him for an additional ten minutes or so. If it can be said that a cat can look blissful, that is what I saw that day. At the end of the treatment he got up and went over to his food dish and started eating as if he was starving.

I believe that Reiki can be used to treat nearly any type of ailment experienced by people or animals. Every animal I have treated seems to love Reiki. It is truly a blessing that I am delighted to share with the animal friends who have so enriched my life.