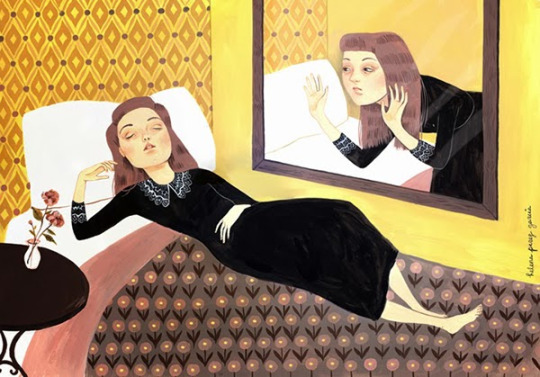 I could use some astro advice, if you have any time to spare (ha). Really long story short- my Libra brother is dating a Qi Vamp. A professional Qi Vamp. She is a miserable human. I could write a novel on her crappiness, but I’ll boil it down to: She constantly picks pointless fights with my brother for personal power plays, covers her mouth every time she chews (seems small, but speaks to a larger issue) and worst of all, in their 2 years of being together I have never seen or heard her laugh. Not once. And there’s something in her that feels… sneaky.

In short: she sucks. Her birth date is shrouded in mystery – she is either a Cancer, Leo or Virgo.

My brother is never around anymore. He is quite frank about her emotional instability and his need to keep her balanced- which often means keeping her away from the family and her social anxiety triggers (side note: and ridiculous self deprecating pity-parties). He has expressed the belief that he can help her, and I think he feels (deep in his heart) that this relationship somehow counts as relationship community service. If he helps her during the day- he’s done a good deed. And that’s fine, but like, date someone nice, with a sense of humor and then volunteer in a soup kitchen instead. Right?

They were supposedly going to break up after Christmas (hello diplomatic, he has Moon in Libra as well as the Sun and Aquarius Rising) but here we are in July and nothing has changed. My mother has sent the family decree that I should talk to him. But every time we have talked in the past- he shuts down. Literally you can watch him power down. I want to help, not hurt. This isn’t about me sitting down to lunch and telling him how much I despise her. I just want my brother back. We all do.

What is the best way to help a Libra make a difficult decision re: partnerships? He knows that the relationship isn’t stable, he has expressed a desire to end it- but she seems to have massive control over all of it.

My brother and I are almost (literal) polar opposites. He is 29° Libra, I am 25° Aries. I’m worried that the talk will only drive him further away from the family and into whatever bizarre web she has spun. It’s a small family, and after my dad died a few years ago, we all became even more important to each other. We can’t lose him too.

Thank you so much for your constant awesomeness.

Okay, so i sympathize. Having someone you love seemingly in the grips of a lower-vibe love interest is uniquely stressful.  But a professional Qi Vampire?  This is actually kind of amusing, giving rise to the vision of a college for Qi Vamps on top of a mall in some strange suburb, issuing crap credentials on shitty stationery.  But she is not being paid for this.  OR IS SHE? In units of your brother’s soul and psyche, eroded away bit by bit as he deals with her warped cognitive structure?

So we need to dial this down. The first rule of in-laws and the people our friends/family hook up with is that we don’t care so long as the relationship appears legal, consensual and functional – that our family member or friends is happy with the deal, even if we think the person is beneath them or naff, whatever.   But you’re saying that this is beyond that – that your even keeled Libra brother is actually caught up in something that he knows is dysfunctional but he is apprehensive about breaking off.  That does suck.

One of the methods that certain varieties of people use is to convince the other person that the relationship is normal – that it’s their fault if anything is wrong, that the person would be responsible should anything bad happen to the Qi Vampire and that outside friends and family don’t understand the relationship because it’s special, karmic, doomed or whatever.  Once i knew someone who would not leave someone who routinely attacked them & did things like turning the shower to boiling when she was in it because he had said that he would “go back to drugs” if she did.

My feeling on this is that – as you have already wisely surmised – you don’t go in there and be super direct.  Librans – especially Solar/Lunar Libra – freak the fuq out with direct confrontation. You need to nuance this a bit. Uranus is heading up to oppose his Sun in Libra – this is the ultimate astrology (once in every 84 years only) for individuation and one’s personal coup against crap and oppression.  Jupiter – the Guru God and Grow To Be Great energy – is heading into Libra in September.

All you need to is open the channels of communication without mentioning her unless he does. Just have friendly talks or dinners/coffee/whatever about stuff. And yes think diplomatically.  Without saying a A Word, you’re building up your bond with him, just listening and being cool.  Another point of possible resonance? The way that therapists listen intently but don’t try to direct the thinking. For instance, if he brings her up and makes even a minor complaint, it would be tempting to dive in there with the full rant BUT you could just ask how that is for him?

But in general, just hang out with him more – no pressure, no relationship judgement, a hike here, a coffee there OR if he is away, start Skyping.

There are some sagacious folk on here so what does everyone else think?

All Access Membership – This is not a recurring payment – you are not locked in.

Email Mystic if you would like to trial for a few weeks first.

Ask Mystic: My Libra Brother Is Dating A Qi Vampire