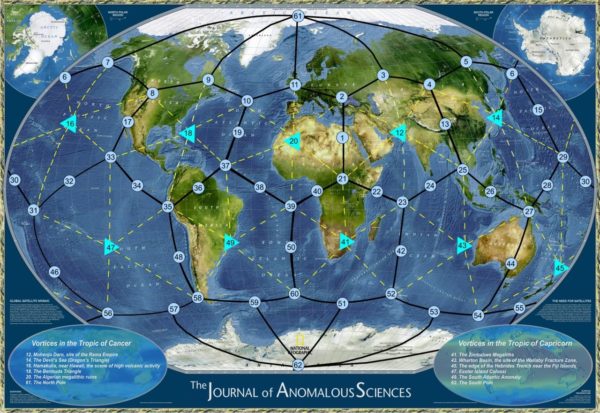 If you’re at all familiar with chakras, you know how important they are to our balance and energy. And just as we have chakras, so too does the earth. Just as there are energy lines throughout our body, so too are there throughout the earth—only Gaia’s energy lines are called ley lines, and they carry energy charges. The Ley Lines carry energy between the vibrational points at which they intersect, and as it happens, those intersections are also the location of some of the world’s most sacred sites, including Angkor Wat, the Pyramids, Machu Picchu, and Stonehenge. While not many cultures today still celebrate ley lines, it’s obvious that many of the great ancient civilizations did. Chinese cultures have historically referred to them as dragon lines, and the Aborigines of Australia known them as dream lines. Elsewhere in the world they are known as spirit lines or ley lines. And it is at these intersections, where those energies come together, that we find mother earth’s chakras. Root