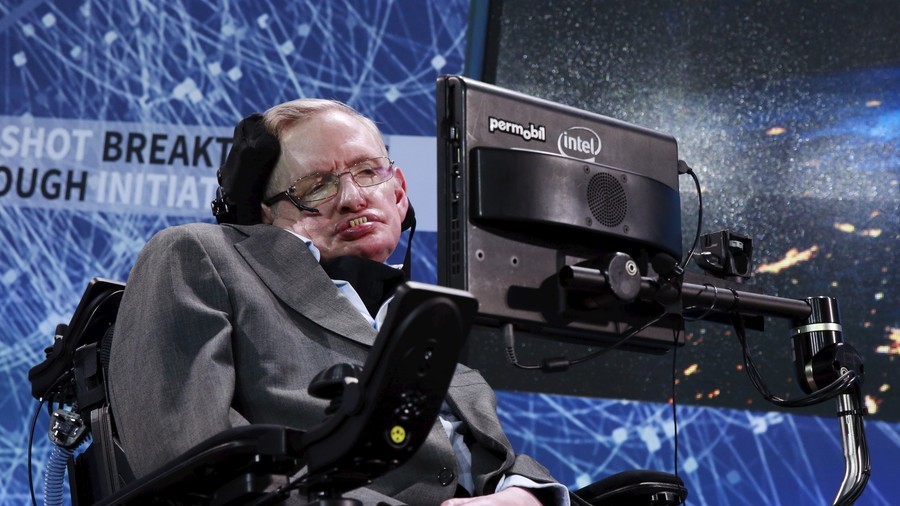 More than six months after Hawking passed away at the age of 76, his family have pulled together what they believe to be some of the scientist’s most compelling answers to mysteries of the universe. His closing piece provides remarkable insight, outlining black hole theories and his fear that humans could be surpassed by artificial intelligence – a topic he spoke widely on in his final years.

In one chapter of “Brief Answers to the Big Questions” Hawking tackles the thorny issue of God and gives a resounding answer. “There is no God. No one directs the universe,” he writes. “For centuries, it was believed that disabled people like me were living under a curse that was inflicted by God. I prefer to think that everything can be explained another way, by the laws of nature.”

Providing his thoughts on what lies beyond the Earth’s atmosphere, Hawking argues that there is more out there than what we know.

“There are forms of intelligent life out there… We need to be wary of answering back until we have developed a bit further.”

In the book Hawking does not rule out the possibility of doing a Back to The Future. “Travel back in time can’t be ruled out according to our present understanding,” he writes.

Hawking’s final writings were released at a press conference earlier this week attended by his children Lucy and Tim.

Lucy Hawking said the final book is a “carefully curated” piece containing answers to questions regularly asked of the world famous physicist. She told London’s Science Museum how her father maintained an enormous archive, theories which were painstakingly put together to form the scientist’s final publication.

“He was regularly asked a set of questions and what we wanted to do with this book is bring together the most definitive and authentic answers he gave,” she said. “He would be absolutely delighted. We all just wish he was here to see it.”

Legendary physicist Stephen Hawking did not believe in the existence of God, his final book reveals. The posthumous manuscript also delves into alien theories and the dangers of artificial intelligence.