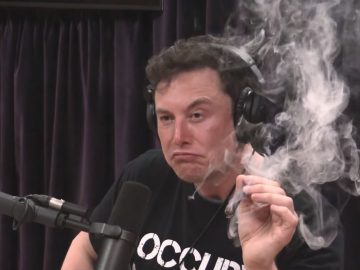 In brief, researchers explained that “…other intelligent, technology producing species is very likely to have evolved before us.” Scientists suggest that even one chance in a trillion indicates that our civilization on Earth has happened around 10 billion other times over cosmic history.

The million dollar question when it comes to aliens is of course: Is there life other than ours existing in the vast universe? This question leads to numerous other sub-questions like, if there is life elsewhere, how long have these alien civilizations existed, and can they communicate with us?

For Centuries, people have wondered and imagined whether or not there is life beyond planet Earth.

Giordano Bruno an Italian Dominican friar, philosopher, mathematician, poet, and cosmological theorist proposed that the stars were just distant suns surrounded by their own exoplanets and raised the possibility that these planets could even foster life of their own. Furthermore, he also insisted that the universe is in fact infinite and could have no celestial body at its “center”.

In 1593, Bruno was tried for heresy by the Roman Inquisition on charges including denial of several core Catholic doctrines, including eternal damnation, the Trinity, the divinity of Christ, the virginity of Mary, and transubstantiation.

Bruno’s pantheism was also a matter of grave concern.

The Inquisition found him guilty, and he was burned at the stake in Rome’s Campo de’ Fiori in 1600.

The Drake equation, proposed by astronomer Frank Drake in 1961 tackles the most important questions regarding alien life and addresses the outlines and variables that are needed for a technologically superior civilization out there to communicate up with us. We’d all probably agree that crop circles aren’t the best option, right?

A study, published in the journal Astrobiology indicates that with the sheer number of alien planets that have been discovered in recent years, it’s time to look at things from a different perspective, simplifying the equation proposed by Drake.

The study has shown that alien civilizations were vast although likely extinct, but which could hold clues as to how humans could extend our civilization.

Researcher and University of Rochester professor Adam Frank said that while we already have for a long time estimated how many stars exist, what is uncertain is how many of those had planets potentially harboring life.

Likelihood of ADVANCED ALIEN life arising on a planet

Interestingly, Adam Frank and his co-author Woodruff Sullivan of the University of Washington imagined space where mankind on Earth is the only surviving civilization out there. They applied this to the number of stars, they obtained a probability of one in 10 billion trillions, or just one in 60 billion if in the Milky Way alone.

“Other intelligent, technology producing species is very likely to have evolved before us,” researchers explained, suggesting that even one chance in a trillion indicates that our civilization on Earth has happened around 10 billion other times over cosmic history.

This means that unless a civilization lasts longer than Earth’s –approximate 10,000-year-old civ— over the 13-billion-year existence of the universe, others have likely become extinct.