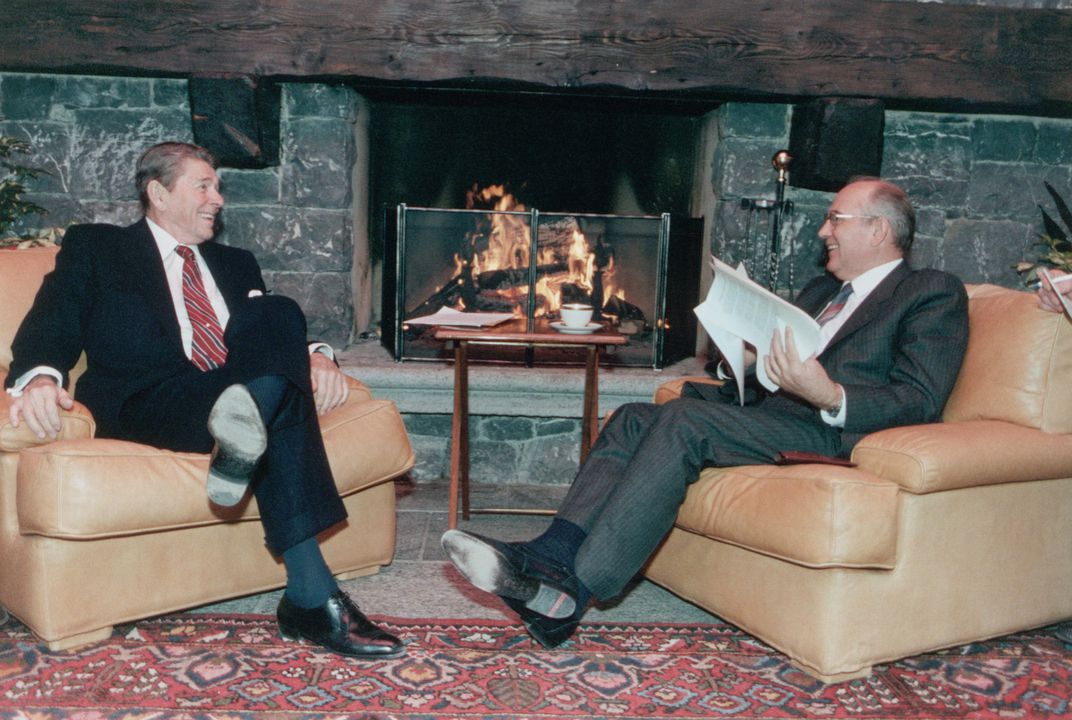 At one point during the 1985 Geneva Summit, President Ronald Reagan and Soviet Premier Mikhail Gorbachev took a break from negotiations to take a walk. Only their private interpreters were present and for years, the details of what they talked about were kept secret from both the Russian and American public. But during a 2009 interview with Charlie Rose and Reagan’s Secretary of State George Shultz, Gorbachev revealed that Reagan asked him point-blank if they could set aside their differences in case the world was invaded by aliens.

Shultz was talking about the Lake Geneva summit and mentioned the two leaders ducked out of a meeting to take a walk to a nearby cabin.

“I wasn’t there…,” Shultz said before Gorbachev cut him off.

“From the fireside house, President Reagan suddenly said to me, ‘What would you do if the United States were suddenly attacked by someone from outer space? Would you help us?’

“So that’s interesting,” Gorbachev said to much laughter.

As far as we know, aliens never tried to take over the planet during the 1980s, so Reagan and Gorbachev’s informal agreement wasn’t put to the test. But perhaps unsurprisingly for a president whose nuclear deterrent plan was nicknamed “Star Wars,” Reagan was a big science-fiction fan. He had grown up reading Edgar Rice Burroughs’ epic science-fiction novels, whose characters included John Carter of Mars and Tarzan, Lauren Davis reports for io9.

Once in awhile, Davis continues, Reagan’s nerdy tastes in books influenced how he governed. During his tenure in the White House, Reagan relied on The Citizens’ Advisory Council on National Space Policy, a think tank made up of astronauts, engineers and even science-fiction writers like Robert Heinlein and Jerry Pournelle, for advice on future technology and the emerging importance of space policy. In fact, the Council even helped to draft parts of Reagan’s first speech introducing the “Star Wars” program.

It’s hard to say how serious Reagan was when he asked Gorbachev if the Soviets would help fight off an alien invasion, but he was far from the first government official to mull over out-of-this-world fighting tactics. During the 1950s and ‘60s, a group of U.S. Army engineers was tasked with thinking up theoretical weapons that could be used to defend non-existent lunar bases. And recently, Anatoly Zak reports for Popular Mechanics, the Russian government revealed that in the 1970s, the Soviet Almaz space station was not only armed with a top-secret space cannon, but it was also test-fired.