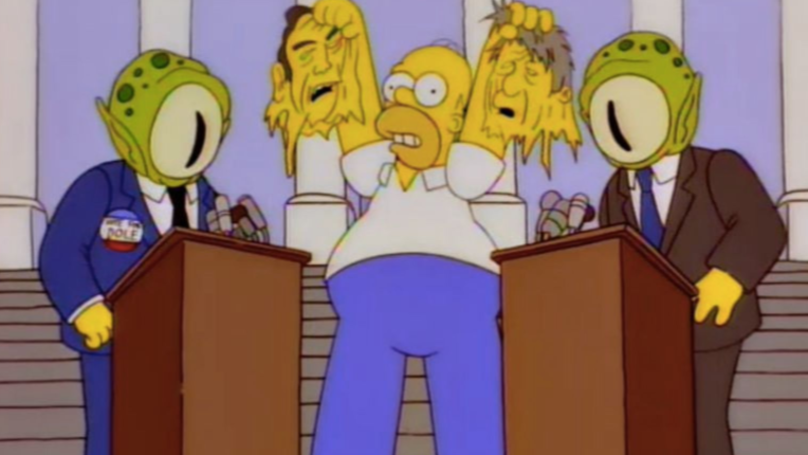 A NASA scientist has said that he reckons aliens may have already visited planet Earth. I’m not going to lie – if he says it happened, I’m inclined to agree, so I’d like to take this opportunity to say that, I for one, welcome our new alien overlords.

Silvano P Colombano from the space agency’s intelligent systems division says that the current idea we have about aliens is too narrow and that if aliens have popped down, we’re not talking little green men or Paul but maybe something that looks wildly different to what we consider extra terrestrials.

In a report, he wrote: “I simply want to point out the fact that the intelligence we might find and that might choose to find us (if it hasn’t already) might not be at all be produced by carbon based organisms like us.”

He urged scientists to look past our ‘assumptions’ about alien life, writing: “We need to re-visit even our most cherished assumptions.

“How might that change the above assumptions about interstellar travel?

“Our typical life-spans would no longer be a limitation (although even these could be dealt with multi-generational missions or suspended animation), and the size of the ‘explorer’ might be that of an extremely tiny super-intelligent entity.

“Considering further that technological development in our civilisation started only about 10,000 years ago and has seen the rise of scientific methodologies only in the past 500 years, we can surmise that we might have a real problem in predicting technological evolution even for the next thousand years, let alone six million times that amount!”

NASA is currently searching the universe for signs of life through its Search for Extraterrestrial Intelligence – SETI – programme.

He also added that the current radio waves being analysed might be out of date, so has called for ‘speculative physics’ with roots in solid theories but with wriggle room to ‘stretch possibilities as to the nature of space-time and energy’ and to ‘consider the UFO phenomenon worthy of study’.

If all of this isn’t enough to fully melt your brain, then our pal Colombano said that not every UFO sighting is easily explained away.

The report continued: “In the very large amount of ‘noise’ in UFO reporting there may be ‘signals’, however small, that indicate some phenomena that cannot be explained or denied. If we adopt a new set of assumptions about what forms of higher intelligence and technology we might find, some of those phenomena might fit specific hypotheses, and we could start some serious enquiry.”

So, wait, what you’re saying, Colombano…. is it that… the truth is out there?