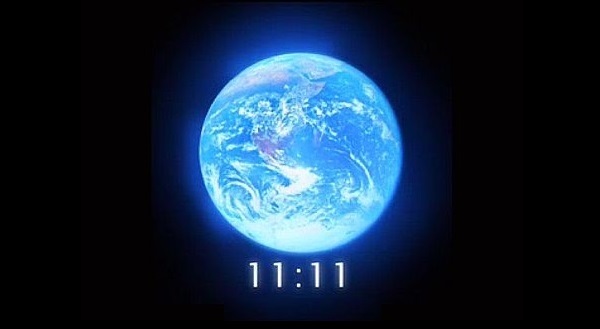 People often ask me ‘What is an Indigo?’ Even though it is a common question, and natural to wonder, the question itself shows how little we actually understand of Indigos; it is actually converse to how Indigos communicate and think. Indigos take the commonly understood quotients and push beyond them, not seek to define, reduce and categorize them by what is already known. Indigos utilize commonly held ideas but transmute them into new conditions, unbound by the confines of previous understandings and beliefs. So then, the question is not so much, ‘What is an Indigo?’, it is more accurately, ‘How do you be Indigo?’ For any discussion of Indigos, it helps to recognize the difference between these questions.

The truth is, one is not born an Indigo, rather we are each born with the potential to embody the perspective of the the Indigo. However, most of us have this innate inkling quickly removed from us through authority and indoctrination. We are trained and conditioned to become institutionalized individuals, naysayers, dependent on authority, who accept what already is and fear what is not.

“They are said to be a group of new humans coming to this planet in appreciable numbers. Some argue the Indigos are here to help save the planet – to clean things up of sorts. Certainly we don’t know what the true impetus for their presence is, but we do know that something quite spectacular is going on with these individuals and they need to be acknowledged…”

All the systems we know as martial arts practices are actually anti-martial arts. They were systems used by farmers and peasants living under the thumb of feudal and fascist institutions, to defend themselves against imperial aggression. This is why the martial arts were so often secreted, and why so many martial arts weapons have their origins as farm tools and implements: throughout recorded time, the common narrative has been one of fascists and their foot soldiers versus common farmers and freedom fighters. And yet, while the origins of the martial arts are related to soldiering, they are in perfect philosophical opposition to soldiering. The martial arts, like so many yogic and meditative practices, are about developing the self and the individual consciousness, not by instilling servitude to a collective.

Now, it would not be right of me to tell you how to develop yourself. That would be like telling you how you ought to interpret God — It just is not my place. What I can tell you is that Indigos use communication to affect their world, instead of farm implements. Through rhetoric, slang or otherwise, they communicate on consciousness, innately use their words (and deeds) to show us how things are, revealing a vastly different perspective to the status quo. Like many things, being an Indigo is not so much what you do, it is how you do it or rather, how you are, your state of mind.

Do you often see the number 11:11? In numerology, 1111 represents the unity of all things; that we are all of the same vibration even though we appear to be separate in the physical. It also symbolizes the number 4. At its most basic, the number 4 is symbolic of completion; the four elements which, combined, create the one; the totality of everything; the intersection of duality and polarity.

When we see 11:11 we are being asked to pay attention to this connection — to transcend the status quo; to go beyond what is already known; to create new unprecedented conditions; to become an Indigo.

In nature this symbolism is illustrated in the cycle of four seasons — spring, summer, winter and fall — derived from the flow of cycles between two solstices and two equinoxes of our orbit, as well as the elements of nature: air, fire, water and earth. Four is also reflected in the four aspects of the self: the mental, physical, spiritual and emotional. Similarly, the Daoist tradition points to four phases of training and being, or developing self — first as a martial artist (or anti-martial artist), second as a healer, then as a scholar, and then a priest. The symbolism of four is also represented in the four forms of arithmetic: addition, subtraction, multiplication and division.

Despite our level of capability or learning, despite who or what is restraining us, we always have the option to reach toward higher levels of being, toward the peaceful potential of completion and oneness. Just as there are unlimited levels of development in warrior, healer, scholar and priest modes of being, there is an unlimited number of choices available to us — the infinite potential of the unknown fourth option — and we are being called, through the synchronicity of the 11:11 symbolism to make our choices and resonate our energy in tune with the powerful peaceful beings we are, and the powerful peaceful future we are creating.

11:11 is a reminder. 11:11 reminds us of the nature of duality and polarity (represented by 4) and of our higher levels of spiritual function. 11:11 reminds us to return to our most peaceful and powerful potential; to embody the potential of the Indigo. And, it reminds us that we have the opportunity to create peace, oneness and completion, to transcend the status quo and transmute it into something new, unexpected and beautiful.

To close, I will leave you with the four Bodhisattva Vows of Buddhism, which eloquently describe the Indigo state of mind.

Sentient beings are numberless; I vow to save them all.
Desires are inexhaustible; I vow to put an end to them.
The dharmas are boundless; I vow to master them. (*Dharhma is Buddhist/life lesson)
The Buddha’s Way is unsurpassable; I vow to attain it.

The Matrix of Four

Matrix of Four: the Philosophy of the Duality of Polarity is an exploration of our consciousness, and presents a formula to develop our consciousness and surpass the limitations of traditional political and social constructs. In this work, Ethan relates and explains correlations between the four seasons, the Om, and a myriad of esoteric and exoteric ideas on consciousness to inspire creative thinking and being. He also explores mathematical and philosophical concepts to engage a higher thinking and being, verified using universality and human traditions beginning with the four operations of arithmetic, referencing the four archetypal characters in Plato’s The Allegory of the Cave, and much more.

Activist, author and Tai Chi teacher Ethan Indigo Smith was born on a farm in Maine and lived in Manhattan for a number of years before migrating west to Mendocino, California. Guided by a keen sense of integrity and humanity, Ethan’s work is both deeply connected and extremely insightful, blending philosophy, politics, activism, spirituality, meditation and a unique sense of humour.

Did you find this article helpful?

If so, please consider a donation to help the evolution of Wake Up World and show your support for alternative media.

Your generosity is greatly appreciate.