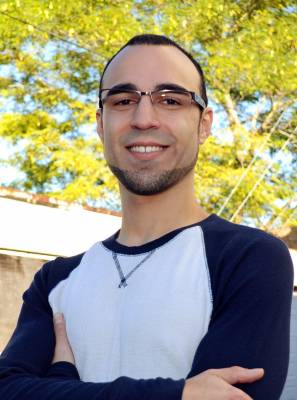 ……and additional 144k Mass Meditation Live Guided Broadcast…. are at the bottom.

The Mass Meditation Initiative in Washington, DC. Sunday 11/11/2018, presented by DisclosureFest and The Full Disclosure Project promises to be a real game changer.

Mark your calendar…..You won’t want to miss this!

With all commotion around the mid-term elections in the US at the moment (that will decide so much for the planet – as Corey Goode emphasized in the Oct 24th show) … it’s important we remain focused on the 11/11 Mass Meditations, where we can (and WILL) make the greatest possible progress in freeing humanity.

Although I’d be the first one to strongly encourage US citizens to go out & vote for non-Cabal controlled (or non- Cabal indoctrinated) candidates (and incumbents) … our specialty, of course … is changing the energies & non-physical blueprints of the physical plane.

Thus … working from behind the scenes to bring about true freedom & liberation.

Justin Deschamps of StillnessInTheStorm.com Joins Us, to Discuss

The power of mass meditation – how it changes YOUR reality.

Self Mastery – how it can help you create the reality you desire.

Wilhelm Reich…the dance between the Feminine and Masculine

Unity in the Community … what it’s going to take to make this finally happen.

How spirituality mixes with Law…and what this will look like at the time of the Event.

And indeed there we were, on Halloween night … our Meditation Group standing between their intentions & ‘God’s …  and humanity & Goddess’ intentions.

And here’s a taste of what was experienced by 3 proud 144k members:

“ … I want to thank you for this amazing “hallow een” mass meditation, it was for me the deepest/most effective meditation I ‘ve done in  this “time-line”.

-The peak happened when we were working on the “dark ritual” visualization.

-I felt the enormous amount of light from others lightworkers/light warriors. The amount was unreal, my body was shivering.

-During the “dark” rituals visualization, I felt that they were feeling us but as I was sending more and more light/love around, I felt them becoming sick, they were literally vomiting. I knew at that time our mission was already a success. Ready and focus for the 11/11. Thanks to all Lightwarriors , to you and to our Goddess…“

“ … That was breathtaking!!!   I could see Gaia lit up with beautiful Light like what you see with an atom, only there was grid upon grid upon grid & sometimes grids within grids!!!

… When I came back into the house, after a few minutes I heard what sounded like a gunshot or loud concussion. Dogs in the neighborhood started barking! …”

“ … that was EPIC. This video https://youtu.be/I0WaiRulyoY is a total representation of how hard I transmuted tonight. Thanks for leading me into battle! …”

In short, soul fragments of the massively traumatized victims of satanic rituals had to be retrieved, & the portals/vortexes that all opened up (with their invocations) had to be shut down, tracked back, and the respective dark realms transmuted.

And judging by all physical & energetic indicators …

I can assure you – Goddess Gaia appreciates it. And we were the only ones there, on the battlefield, doing this….

SO proud of you, in taking action & participating, despite all that’s happening in your life!

What To Shine The Transmutational Light Of Your Consciousness On, This Week

With some exception … Cobra’s latest intel release which points to a rather ominous time ahead if things don’t go in the right direction after the 11/11 date, things have still largely remained in intel black-out mode…. including what’s happening on the non-physical planes:

Does this mean the Light Forces want us to concentrate on the plasma toplet bombs this 11/11?

Will we reach critical mass?

Cabal members, including lesser known senior ones have started to be arrested in the US. But are the White Hats waiting to see where the dust settles after the mid-terms, before really pulling the trigger?

Are we almost there with the clearing of the plasma plane … as all intuitive indicators point to only some stubborn pockets of resistance remaining, and little in the way of negative plasma grids & infrastructure left?

Daesh & MS-13 members within the ‘migrant caravans’ travelling through Mexico have been arrested by US Special Forces.

Is the Trump / Putin meeting on … wait for it … ‘11/11’ … a coincidence?  Given the Pentagon’s explicit plan to intensify the take-down of the Cabal after that meeting?

With certain off-world factions on the verge of intervening directly on the surface to finally defeat the Cabal (risking a major conventional war on the surface that could result in up to 2.7 billion deaths) … what can we do, to calm the situation down while bringing the Event closer to us?

Tune in to find out the #1 element that’s causing the Resistance to swell its ranks underground, in preparation for possible upheaval on the surface, and why so much focus on the USA … (and no, it’s not because toplet bombs can’t be removed fast enough).

So you certainly don’t want to miss out on this week’s huge episode of Ground Crew Command (live broadcasts every Wed 9pm EDT) … YOUR central support network; and your weekly dose of empowering clarity, inspiration & motivation to get you through the Archon invented “work week” –

Or connect from your browser with the link above.

p.s. If you haven’t joined the 144,000 Army of Light that’s being built … and you feel the calling or desire, watch the short video at this link & click to join! Let’s take charge & Liberate This Planet!

(no need to join if you’re receiving this newsletter already)

All day meditations on 11/11 to support the Mass Meditation Initiative in Washington, DC

Live Global Broadcast link of the guided 144k Mass Meditation [for you to click on & join, at the time above]:

This is crucial, so make sure you spread this far & wide.

See you on the non-physical planes!

The host of Ground Crew Command Radio & organizer of the 144,000 Activation Campaign is The Unknown Lightwarrior: a member of a powerful team of Lightwarriors & Lightworkers who either remotely or in person, clear & restore to the Light; natural and man made power centers, vortexes, portals, ley-lines, control rooms, sacred geometry and all darkness obstacles on the etheric, astral, and plasma planes… to put you, me and the whole planet on the fastest timeline to the Event. To learn about the Global Leylines Tachyon Chamber Project, and/or the Activation of the 144,000 Campaign, or to access powerful healing (down to soul level) … clearing … energy surgery … DNA Activation & psychic help, with Macro Level Light Beings to return to your power … go to: https://www.returntoyourtruth.com

… hit the Share button below first. This must go viral.