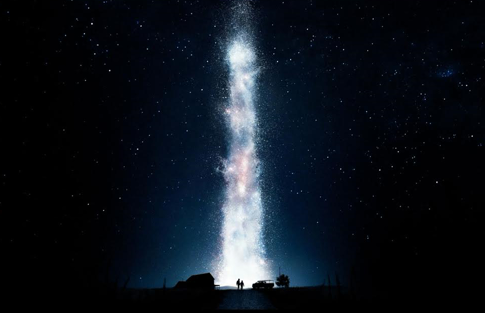 “Fee-fi-fo-fum, I smell the blood of an Englishman.”
“Jack and the Beanstalk” is an English folktale. The tale has been associated with the tale of “[Jack the Giant Killer]”, where Jack works for the son of King Arthur and the Giants are obviously the Black Oligarchs opposed to the good King Arthur, living in their castles. Jack, destroys all these “Giants” and their Castles and is given a seat at the Round table with King Arthur himself.
Jack is a young lad living with his widowed mother. They live in a valley and every night the giant comes out of his castle above the clouds and steals everything.

THE GIANT’S CASTLE AT THE END OF THE ANTAHKARANA, COLUMN OF ENERGY BRIDGE TO HEAVEN AND EARTH, BEANSTALK

The giant stole the goose that lays the golden eggs – these eggs are the gift that keeps on giving – The factories and the farms, the irrigation, the power generation, the transport – the economy is destroyed as the golden goose is stolen. This is the Oligarchic principle of Poverty or Austerity which for thousands of years has kept humanity under control.
Because of this everyone is poor.

The Giant stole the magic harp that plays music and gives joy – culture is perverted into music to suicide by – gangsta rap amongst others and movies that pervert deaden the spirit. Because of this everyone is poor, sad, complaining, fighting – suiciding!!
Their only means of income is a cow. When this cow stops giving milk one morning, Jack is sent to the market to sell it. On the way to the market he meets an old man who offers to give him “magic” beans in exchange for the cow.
Jack takes the beans but when he arrives home without money, his mother becomes furious and throws the beans out the window and sends Jack to bed without supper.

As Jack sleeps, the beans grow into a gigantic beanstalk representing the Antahkarana of the chakras above the head. This vine Antahkarana should stretch through an infinity of chakras to God. However it is cut off and only reaches as far as one private universe where the Black Oligarch Giant lives, cut off from God by Energy Blockages which other people placed above his head in ritual.

In this it is similar to the Enochian Watchtower of Dr Dee of Elizabethan England created by the use of the Enochian Keys. Jack climbs the beanstalk and arrives in a land high up in the sky where he follows a road to a house, which is the home of a giant. He enters the house and asks the giant’s wife for food. She gives him food, but the giant returns and senses that a human is nearby:

Fee-fi-fo-fum!
I smell the blood of an Englishman,
Be he alive, or be he dead,
I’ll grind his bones to make my bread.[3]

Rather than using calcium chalk and trace elements and vitamins to stay healthy, the Giant prefers the perversity and satanic cannibalism of bones!!
However, Jack is hidden by the giant’s wife and overhears the giant counting his money. Jack steals a bag of gold coins as he makes his escape down the beanstalk.
Jack repeats his journey up the beanstalk two more times, each time he is helped by the increasingly suspicious wife of the giant and narrowly escapes with one of the giant’s treasures. The second time, he steals a hen that laid golden eggs.
The third time a magical harp that played by itself.
This time, he is almost caught by the giant who follows him down the beanstalk.
Jack calls his mother for an axe and chops the beanstalk down, killing the giant. The end of the story has Jack and his mother and all society living happily ever after with their new riches which have re-vivified society as do all the solutions of economists Hamilton and Liszt and music by real musicians.
The origin of Jack and the Beanstalk is unclear. However, Sir Francis Palgrave once wrote that it was most likely that the tale arrived with the Viking boats. The beanstalk is reminiscent of the ancient Northern European belief in a world tree connecting Earth to heaven. The World tree Antahkarana of Yggdrasil of the chakras above the head and of Odin and Thor.

The earliest printed edition which has survived is the 1807 book The History of Jack and the Bean Stalk, printed by Benjamin Tabart.
The giant’s “Fee! Fie! Foe! Fum!” was included in William Shakespeare’s King Lear.[5]

The tale is that the hero, although grown, does not marry at the end of it but returns to his mother; this is found in few other tales, although some, such as some variants of Vasilisa the Beautiful, do feature it.[9] Obviously here we refer to Jack as being Holy, celibate. He and his mother represent the male and female sides of God as one, celebrating their exchange of energy without need for anyone else.

A late addition to the medieval catalog of Aesop’s Fables of putative Persian origins – The Gourd and the Palm-tree (The Palm is a Sufi Symbol of the Antahkarana) – uses the emblamatic trope of a fast-growing gourd vine sprouted from seed that outgrows an older mature tree yet because the fast growing vine does not make its Base stronger, it perishes in the frost to instruct on the folly of intemperance. Don’t sacrifice strength for speed. Re-enforce your base. The biblical tale of Jonah closes rather abruptly with the hero resting under a fast growing gourd, representing the evolution of the psychic body. As we dissolve blockages and Ground their negative Karmic mass into Kundalini Chakra in the center of the earth, so the imprisoned angel at the center of the blockage is released and goes to join your psychic body, increasing its size and functionality. In this way, when Energy Enhanced or Illuminated, slow evolution over several lifetimes is not necessary, it occurs due to grounding blockages and receiving energy presents from the Illuminated.

During the Renaissance, the humanist artist Albrecht Dürer memorialized Jerome’s courage to dissent in his famous woodcut Saint Jerome in His Study featuring a dried gourd hanging from the rafters.

Christ said, “I am the Vine you are the branches”

Many modern stories have said the giant is a villain, terrorizing smaller folk and often stealing items of value. For example, the 1952 film starring Abbott and Costello blames the giant for Jack’s ill fortunes and impoverishment, as he has been stealing food and wealth from the smaller folk of the lands below his home, including the hen that lays golden eggs, which in this version originally belonged to Jack’s family. Through expanding taxes and a corrupt legal system all has been taken away..

The story is the basis of the similarly titled traditional British pantomime, wherein the Giant is certainly a villain, Jack’s mother the Dame, and Jack the Principal Boy.