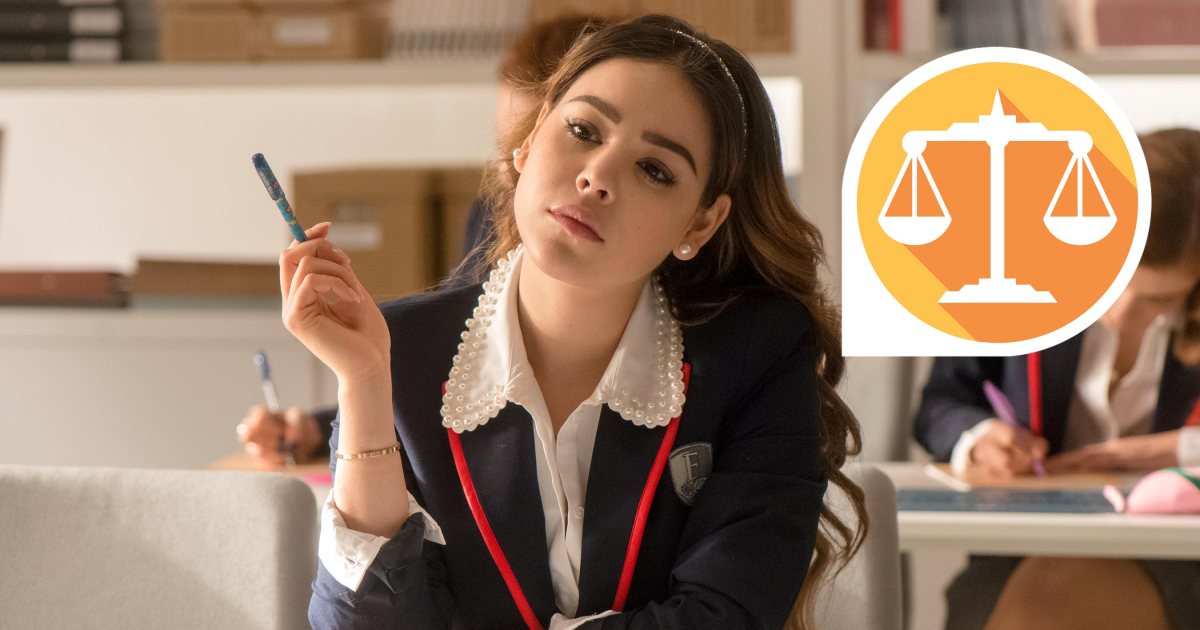 No idea what to wear all Halloween season? Just let the stars guide you and masquerade through October as a glamorous Libra. That’s right: We’ve entered scales season, stargazers, so get ready to pump up the drama with your wardrobe, among your unsuspecting friends, and of course in your pop culture consumption. Here are the movies, TV shows, books, and music releases that will thrill you throughout the next month.

Miss last month? Check out your September horoscopes here — and be sure to subscribe to our Snapchat Discover channel for your lyrical horoscope here!

It’s almost redundant to say that on March 28, 1986, a star was born — obviously that person was born a star, because they were born an Aries — but we’re saying it anyway, because that’s when Lady Gaga entered the world. We might be in the direct opposite astrological season right now, but this October will burn with the brilliant, courageous fire of the ram, because Gaga will be reborn once again — this time as a big-screen leading lady in Bradley Cooper’s A Star Is Born (Oct. 5).

Do you know how long a single baseball game can stretch — or a single half-inning, or one lone at-bat? And for what? One measly win out of 162 games in a year? Three tiny outs out of 54 in a game? One lonely base out of a full four needed to make just one run in one inning in one game in a long season? Being a baseball fan requires no less than Taurean levels of patience and commitment, but it pays off at this time every year, when the World Series (Oct. 23) unfolds as if for you alone, beautiful bull. Because you’re steady, Taurus. You’re reliable as ballpark hot dogs and old-fashioned as “Take Me Out to the Ballgame” — and you’re so romantic! And what game on earth is more romantic than baseball?

It’s double, double toil and trouble for all you star-twins this month (though isn’t it always?) with a pair of witchy entertainments. The TV remakes of Charmed (The CW, Oct. 14) and The Chilling Adventures of Sabrina (Netflix, Oct. 26) will spell both trickand treat for Geminis this Halloween — and if you really want double the frights, you can revisit the originals along with the new incarnations.

You’ll be looking to your ruling planet this month, little crab — as a matter of fact, visiting it — when you catch Damien Chazelle’s First Man (Oct. 12), which chronicle’s Neil Armstrong’s voyage to the moon. In addition to the trip to your home sweet home, you’ll connect with the film’s sensitivity to the astronauts’ intense emotional journey. And of course while Armstrong himself was a Leo and Ryan Gosling, who plays him, is a passionate Scorpio, the film finds its dramatic climax in its protagonist’s 1969 “giant leap for mankind” — which took place, naturally, in the waning days of Cancer season.

You know what it’s like to feel like royalty among commoners, regal lion, so you’ll identify deeply with the plight of the characters at the center of The Romanoffs (Amazon, Oct. 12), Mad Men creator Matthew Weiner’s new anthology series about a variety of people around the world who believe that they are descended from the doomed Russian royal family. Say dasvidaniya to boring TV.

October is always bittersweet, lovely as it is. But as much as you’re sad to leave your birthday season behind, and to anticipate the long winter that follows the all-too-fleeting fall, you’re not about to make a spectacle of yourself by failing to be seasonally appropriate in any way. Lean into the feeling, Virgo, with Honey (Oct. 16), from that most melancholy of pop songstresses, glittering Gemini Robyn. It’s been eight years since her last album, so you can trust that it’s really ready and perfect (you do hate when something isn’t properlyfinished) — and you can dedicate“Missing U” to sweet September.

Happy birthday, beautiful scales! You’ll get all the drama and glamour you could wish for this year with Elite (Netflix, Oct. 5), a new Spanish teen soap about three working-class students who are chosen to attend a prestigious high school, where they become unwitting players in the outrageous dramas of their wealthy classmates. Yes, that’s right! It’s like murder-y international Gossip Girl! What more could you possibly want?

We know you’ll spend the next month just sighing through flashy Libra time, Scorpio, impatient for the dark intensity of your own birthday season to swallow us up. Also: Did you know that Suspiria (Oct. 26) is a Latin word for ‘sighs’? Luca Guadagnino’s moody remake of Dario Argento’s 1977 horror classic, about a ballerina (Dakota Johnson) who joins an elite dance company run by a mysterious director (Tilda Swinton, legendary Scorpio), will speak directly to your autumnal angst. And also, you know, scare the hell out of you.

Rosellen Brown took her Taurean time (18 years!) writing her most recent book, but the wait for The Lake on Fire (Oct. 16) will be worth it, Sagittarius. The epic novel — a tale of 19th-century immigrants, courageous dreamers trying to change their lives — will fill the corners of your expansive mind, and change the way you think about the world we live in even now.

All the silly spooky crap people get into for Halloween is, like, half-cute to you, for a minute. We get it. You can only sit through stupid costumed episodes of network sitcoms and sing along to The Nightmare Before Christmas soundtrack and pretend to laugh at jokes about virgins lighting the black flame candle so many times before you break. But The Haunting of Hill House (Netflix, Oct. 12) is different, Capricorn, grounded in the realistic drama of five siblings who grew up together in a creepy manor house, and still bear the weight of it. Just because it’s Halloween doesn’t mean you have to celebrate with something stupid.

Brilliant water bearer! You’ll celebrate a love of literature this month with — what else? — more literature. Scorpio Susan Orlean is back with The Library Book (Oct. 16), which chronicles the history of libraries (which features a lot of characters who are singular to a truly Aquarian degree), investigates the 1986 Los Angeles Library Fire, and argues for the importance of the institution. It will fire up your journalistic mind all month.

The allure of Halloween-time for the final sign in the zodiac is how it allows us all to escape, however briefly, to someplace fantastical. You’ll embrace that October spirit, and indulge your tastes for nostalgia and romanticism, with the Criterion Collection’s fairytale-perfect new edition of The Princess Bride (Oct. 30), packaged in a storybook box and including a near-inconceivable number of special features. To all the Pisces dreaming of running away to a land of magic, miracles, true love, sports (!), and Rouss, we say: As you wish, sweet astro-fish.