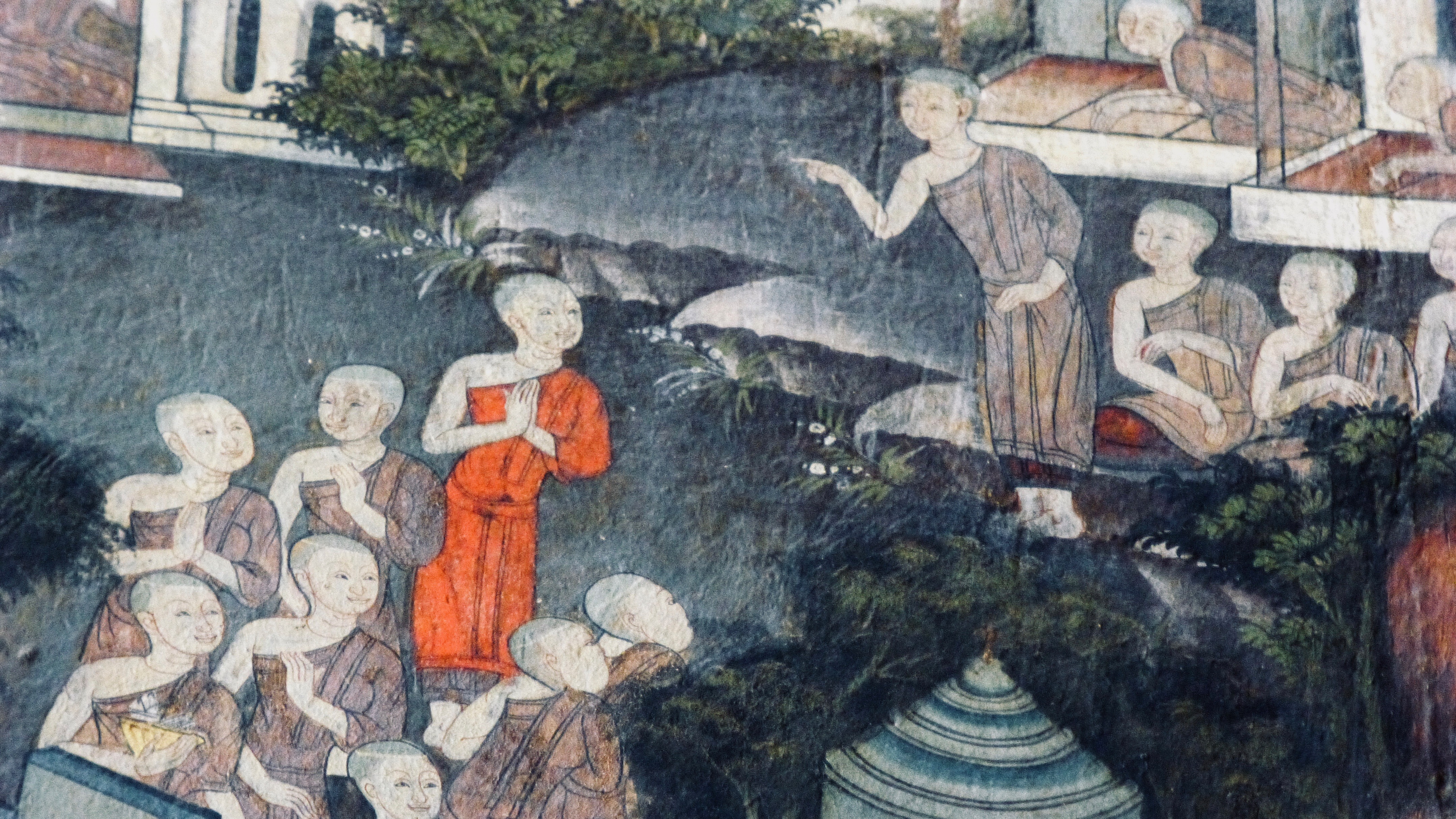 On Jan. 19, women in US cities and around the globe will gather for the third annual Women’s March. In so doing, whether they know it or not, they’ll be following in the footsteps of Mahapajapati Gotami—a feminist from ancient India born in 600 BC, and the aunt and foster mother of Siddhārtha Gotama, best known as the Buddha.

Gotami was the queen of a region in northern India now known as Nepal. But by age 40, she had given birth to no heir, so her husband married her younger sister as well.

Soon, both women got pregnant, but the younger one gave birth first. When the Buddha’s mother died shortly after his birth, his aunt was tasked with caring for the newborn prince. She gave her own son to a servant to nurse and provided her milk to young Siddhartha.

Famously, when the prince grew up, he rejected his riches and set off to discover the meaning of life, eventually alighting upon a path he called “the middle way” and forging a new spiritual philosophy known as Buddhism. The Buddha’s school of thought had lots of followers, including his aunt and his father, the king, who both marveled at his spiritual transformation.

Women were already studying Buddhism in its early days—but there was no monastic order for them to join. And while women could participate, they could not lead this burgeoning movement.

After the king died, Gotami, then in her 70s, asked her nephew to form an order of nuns so that women, too, could be ordained, devote themselves to Buddhism, and develop to their fullest capacity spiritually. The Buddha refused. She asked again, and he said no. Gotami tried a third time and still her nephew, the man she had raised as her own son, disagreed despite her entreaties. He gave no reason for his refusal.

Gotami was crushed. But she discovered that she was not alone. According to Buddhist lore, 500 women who were either widows or simply sought to devote themselves to a spiritual path gathered by her side to support her cause.

Bolstered, the Buddha’s aunt shaved her hair and donned yellow robes, just like a monk. Her 500 supporters joined her in this move. Then, the group walked more than 100 miles (or more than 350 miles, depending which account you read) to the Jetavana monastery where the Buddha taught. All along the way, the women drew crowds as people gathered to marvel at this group, heads shorn, dressed identically, joined for a cause. “This was the first women’s rights march in recorded history,” writes Pema Khandro Rinpoche in the Buddhist publication Lion’s Roar.

The women arrived at the monastery dusty, tired, and with swollen feet, but still determined. They were greeted at the entrance by the monk , one of the Buddha’s principal disciples and his cousin. He was shocked to see his aunt in tears and her followers in this state of disarray, and asked what they were doing there, certain some calamity had befallen them. Had there been a revolution?

Gotami explained that they came to ask for the creation of an order of nuns. She was lingering at the monastery’s entrance because she simply couldn’t take no for an answer this time and was trying to figure out the right approach with her nephew.

Sympathetic to their cause, Ananda offered to speak to the Budhha on their behalf. But he, too, got the same answer: No. Ananda asked again and again and was repeatedly refused, just as Gotami had been. Finally, he asked the Buddha whether a woman could ever be enlightened and attain the bliss of sainthood. She could, the Buddha said. Ananda queried, “Well then, why can’t a woman be a nun?”

With this question, he changed the Buddha’s mind. An order of nuns was created.

It should be noted that there were eight conditions laid out for the creation of the female monastic order. Nuns, no matter how senior, must defer to monks, even new ones. They could never chide or advise a monk, and yet had to seek the counsel of the male order and abide by the rules of both the male and female orders. Nuns also had to study two years before being ordained, compared to a year for monks, and had to live within six hours travel of a male order.

Nonetheless, Gotami achieved her goal. She became the first ordained Buddhist nun and led her 500 followers and other women as a spiritual guide. Her efforts are proof positive that activism matters and that taking no for an answer—even when you get the same answer over and over—isn’t the only option.

Since then, countless women over the centuries have followed her example, in their own lives and as participants in movements for equality. And they will do it again this month, in numerous cities, from Portland, Oregon to Ranomafana in Madagascar. The gathering that began as a resistance to US president Donald Trump taking office in 2017 continues to inspire women to participate in politics, by voting and running for public office, and to stand up to be seen and heard. The organizers of the US movement predict, “The #WomensWave is coming, and we’re sweeping the world forward with us.”

They’ll be following the impressive precedent first set by Mahapajapati Gotami more than 2,500 years ago.