– it’s NOT what you think 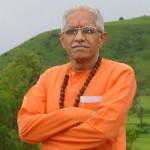 (Note: Hatha yoga is the style available on most DVDs and presented at most fitness centers, health clubs and sadly, even churches – you know, the kind that’s “only exercise”)

“The term Hatha Yoga has been commonly used to describe the practice of asana (poses). The syllable ‘ha’ denotes the pranic (vital) force governing the physical body and ‘tha’ denotes the chitta (mental) force thus making Hatha Yoga a catalyst to an awakening of the two energies that govern our lives. More correctly the techniques described in Hatha Yoga harmonize and purify the body systems and focus the mind in preparation for more advanced chakra and kundalini practices.

“Let us see the meaning of word Hatha, it is made up of Ha + Tha. “Ha” means Ida nadi, (moon principle) or left nostril and “tha” means Pingala Nadi (sun principle) or right nostril. Nadi means psychic passage of energy which can be compared with nerves in physical body. Hatha means balance of Ida and Pingala Nadis, or balancing of mental energy of Ida and Vital energy of Pingala Nadi. Ida Nadi can be compared with Parasympathetic Nervous system and Pingala nadi can be compared with Sympathetic Nervous System. So Hatha Yoga practices results in balancing the entire nervous system. The basic purpose of Hatha Yoga is to purify the Ida and Pingala Nadis and then uniting these 2 forces with the third Psychic Nadi Sushumna, which carries Kundalini at Ajna Chakra (eyebrow center).”

“It’s just exercise…right?” Or is it?

The term hatha yoga is an all encompassing one, one which can be used to describe almost all physical yoga as we know it in the Western world. Specific styles of yoga such as Vinyasa, Ashtanga, Iyengar, Bikram, and more, all fit under the umbrella term of hatha yoga. Although hatha yoga is arguably more synonymous today with a less intensive style of class, rather than being an umbrella term. Similarly, the origin of the term is often frequently misunderstood.

Hatha is essentially asana practice as we know it, asana meaning an individual yoga posture. It is a yoga that those of any gender, size, and race can practice. Its explosion in popularity makes it difficult to contemplate how relatively young it really is as a physical activity.

Celebrities from Marilyn Monroe to Madonna have practiced it; Andy Murray touts Birkram yoga  as instrumental in recovering from injury; and NHL athletes are increasingly turning to yoga practice to improve their dexterity on the ice. Successful yoga teachers have even become celebrities in their own right, travelling the world to teach and cultivating substantial online followings in the process.

It all traces back to India, and specifically the turn of last century. While yoga’s spiritual roots are so ancient as to be practically undatable, awareness of yoga worldwide can be attributed in large part to a Hindu monk named Swami Vivekananda.

In the 1890s he travelled to Britain and the United States, lecturing about the spiritual focus of raja yoga. His teachings did not, however, include anything about yoga poses. Hatha yoga at that time belonged to rural peoples of India, not to the upper echelons of society that Vivekananda was part of. So who took the physical culture from rural India and transformed it to what it is today?

Conversation can get rather heated when it comes to the controversial question of where and when yoga poses themselves originated.

While yoga as a discipline is rooted in ancient Hindu texts such as the Upanishads and the Bhagavad Gita, the asanas themselves have not the same ancient claim. It is likely that a few poses were developed in preparation for spiritual meditation, but the man who took these small movements and turned them into a practice that mirrors the sequences of modern yoga classes was one Tirumalai Krishnamacharya.

The Father of Modern Yoga­

Dubbed the ‘The Father of Modern yoga’, Krishnamacharya was an Indian scholar who opened his famous Yogashala in the Kingdom of Mysore in 1933. Having learned a limited number of poses from his father, he started developing the exercises to resemble how it is practiced today.

Mark Singleton is a modern day yoga scholar who documents in his recent book Yoga Body: The Origins of Modern Yoga Practice how Krishnamacharya drew inspiration from British Army drills and wrestling moves­­. These facts are often surprising to many yogis of today who believe that their sequences date back to centuries old Eastern traditions. Krishnamacharya also incorporated Hindu guidelines for cleansing the body through breath, and thus movement was linked to inhalations and exhalations.

The Impact of B.K.S Iyengar

Krishnamacharya’s famously strict teaching style garnered increasing attention, and his brother-in-law B. K. S. Iyengar soon came under his tutelage, aged 16. Iyengar’s own talent and teaching abilities prospered. After years of success as a guru in India, Iyengar started visiting the US in 1956 and soon travelled globally to teach.

Iyengar yoga is a style in its own right, with a strict focus on alignment to help the body correctly achieve and advance different poses. In his influential text Light on Yoga, published in 1966,  he defines hatha yoga as ‘the way towards realisation through rigorous discipline’ and as a man who continued practicing yoga hit his 90s, it is safe to say that its effects were beneficial.

His influence on how modern yoga came to develop cannot be understated and its appeal soon started to develop. His book includes an extensive breakdown of hundreds of poses, and is widely regarded as an essential addition to any serious yogi’s shelf.

Although females were never banned from practicing yoga, students at the famous Mysore school were usually young males. Devi broke this mould and her influence increased female interest in the activity worldwide. The sixties and hippie culture soon made sure that yoga was no longer an obscure, exotic exercise, and studios started popping up across the US, in the UK, and throughout Europe.

In the seventies, another of Krishnamacharya’s students made his mark on the developing culture of hatha yoga: the passionate Patthabhi Jois. Jois had been enthralled by yoga from an early age, studying under Krishnamacharya and also taught in Mysore. Jois developed the popular style Ashtanga yoga, which had an athletic and structured quality, and his international teaching spurned its global popularity.

These days, a class marked ‘Hatha Yoga’ on a studio timetable will usually mean one that goes to the basics of each pose, focusing on alignment and staying in each asana for several deep breaths. Remember that this way of practising yoga has been the genesis for all other forms of yoga as we know them.

Some traditionalists wax lyrical about the damages that modern developments have had on yoga practices. Yet yoga teaches us to open our minds and expand ourselves, physically and mentally. Despite the physical culture being far younger than many believe, that makes its expansion monumentally impressive.

Why should we know what Hatha Yoga is? Not sure, but maybe because over 30 million Americans and around 60 million worldwide practice yoga (and most of it is Hatha Yoga) and many more interested in trying–maybe even you?

I decided to google the term Hatha Yoga to get a Hatha Yoga description. I ended up in a Sanskrit glossary, actually a few of them as they are not all in agreement. Most of my research pointed to the word “force“ as “Hatha“ English translation. Now, “force“ can be used in many different contexts, and its use in the term Hatha most likely would be purely speculative, seeing that this practice predates the written language.

Yet I have been instructing and leading Hatha Yoga classes for the past 32 years, so I can define Hatha Yoga in the way I’ve learned it and share it. Basically, Hatha Yoga is physical yoga.

The story I have heard and most relate to is that the yogis of old spent most of their time meditating, as they found meditation the pathway towards insight, wisdom and enlightenment. These yogis were meditating all day long, and they noticed their bodies were atrophying. They figured out they could benefit and stop the atrophy with exercise. Which means these people are probably the first people on earth to ever exercise. When creating an exercise, they were not interested in beauty, they were interested in wellness. Everyone knows you cannot take care of a something you do not touch, which is why each morning and night (hopefully) you brush every tooth in your mouth; so when you exercise, why not brush every place in your body? Thus you have all these different movements in Hatha Yoga called asana. These asanas create activation throughout the body, which facilitates circulation, which is the prerequisite of regeneration. They can also help dissolve tension and facilitate tone.

My guess is, at one point or another some yogis became enamored with this physical practice of asana or poses and started emphasizing it until eventually it became its own practice and lineage called Hatha Yoga. Since then, there have developed many styles or types of Hatha Yoga taking on many different names, from Ashtanga yoga to Bikram yoga to Iyengar yoga, all these different flowing yoga classes and yes, even Power Yoga. Likewise, our Hot Yoga is really hot hatha yoga!

So it’s really just a physical yoga practice – but are there always benefits to doing hatha yoga?

These exercises and movements have been analyzed, dissected and discussed. Loads of opinions on how to do Hatha Yoga correctly. You know, basically what us humans do to everything, sometimes even to the degree we lose the essence of the practice’s original intentions.

The Hatha Yoga benefits can be immense but also the detriments, depending on how Hatha Yoga  is used. Use it to develop benevolent qualities like focus, humility, gentleness, calmness, patience and it becomes not only a practice for caring for our body yet also our mind, and the benefits transcend the daily practice and permeate the entire life and all its relationships. Yet if you bring to your Hatha Yoga practice stress-inducing qualities like competitiveness, criticalness, judgementalness, force or aggression, you WILL be counter-productive. To read more on how you can get the most benefit out of yoga, check out the health benefits of yoga.